At the construction site there are currently two old residential buildings to be removed. A new two-dwelling facility for a young family and an elderly family member will be created in their place. Particular attention was paid to the intergenerational differences between the users of the new building and the proximity of the motorway, which causes excessive noise.

In order to avoid the negative impact of the motorway, we designed the building in the form of basement floors with a small gallery in the ground floor. In the direction towards the highway, the relief was nasuled and shaped terraced, with which the building was completely hidden in shelter from noise. The ground floor, which, according to the basement floor, has been moved towards the slope for the buildings, has also been withdrawn. The basement floor is covered with a flat green roof, which represents a trend in modern architectural design. In our case, the building blends with a hill, from which only a monumental low-rise part with a single-leaf roof and a single wrapper stands out. The building has two access from the public road, which makes two apartments completely separate. In this way, two generations live in the same facility and have the opportunity to cooperate with each other, but each has its own part of privacy. 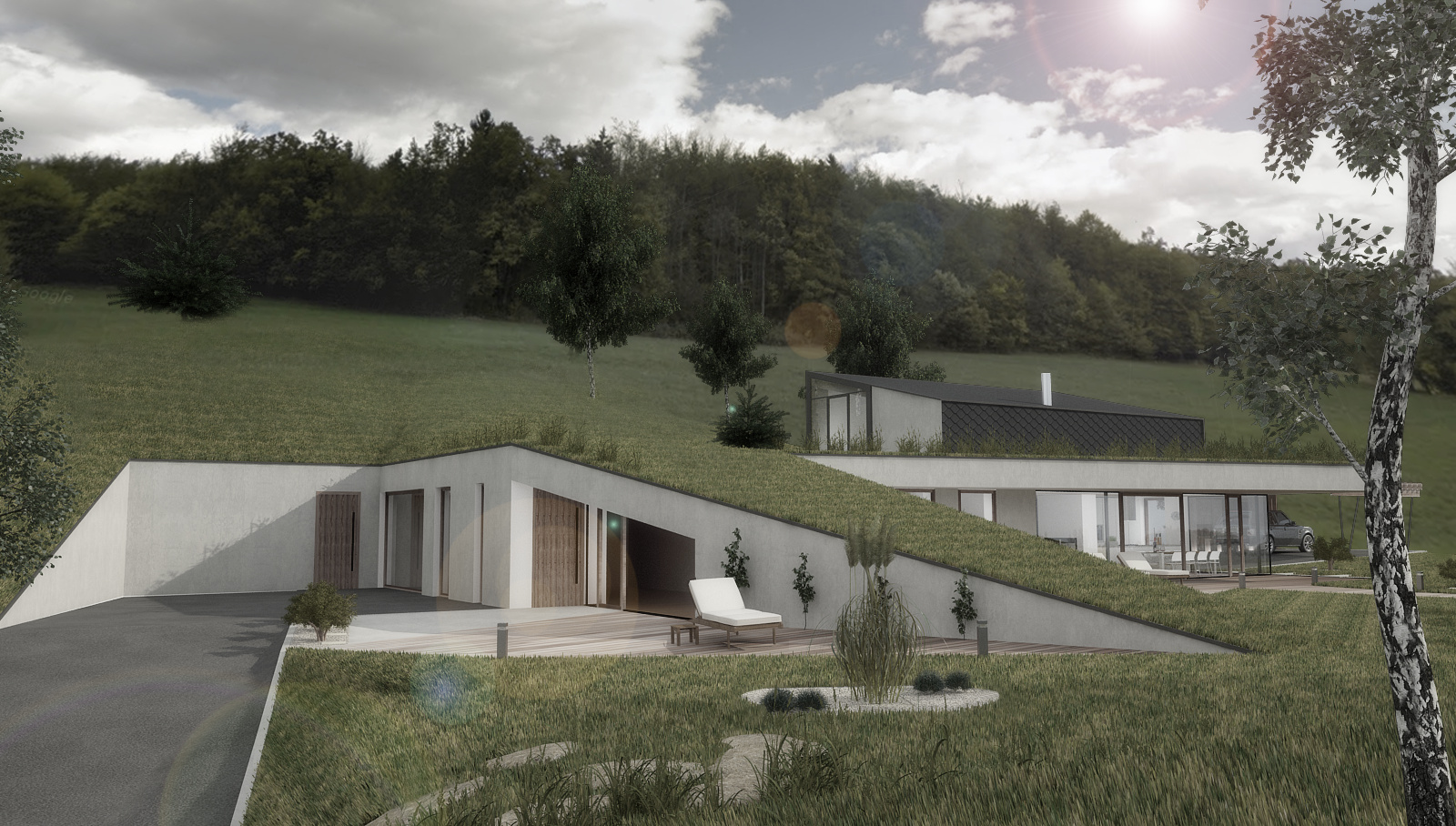 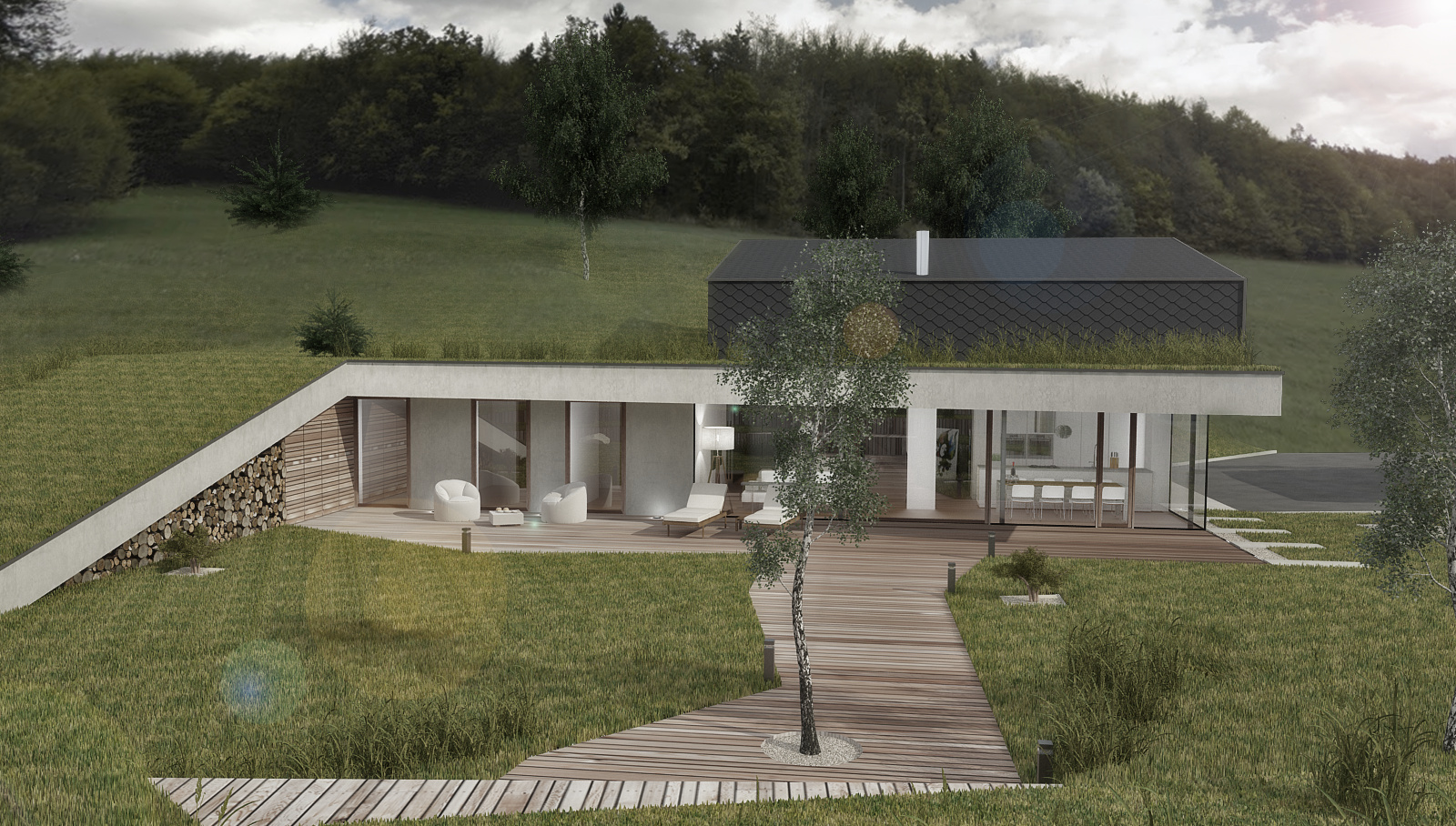 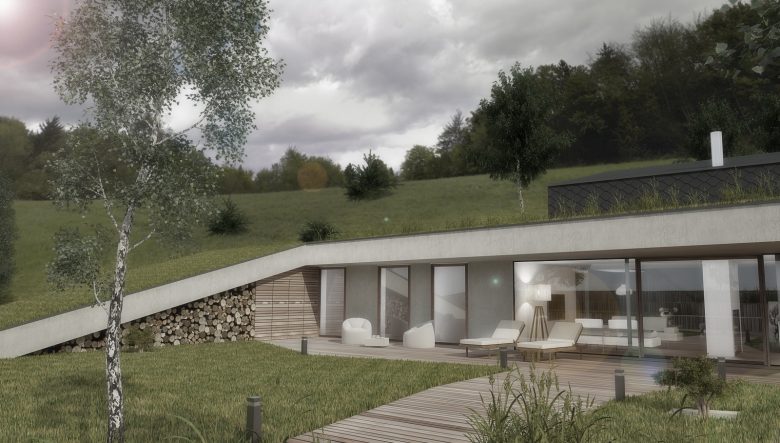 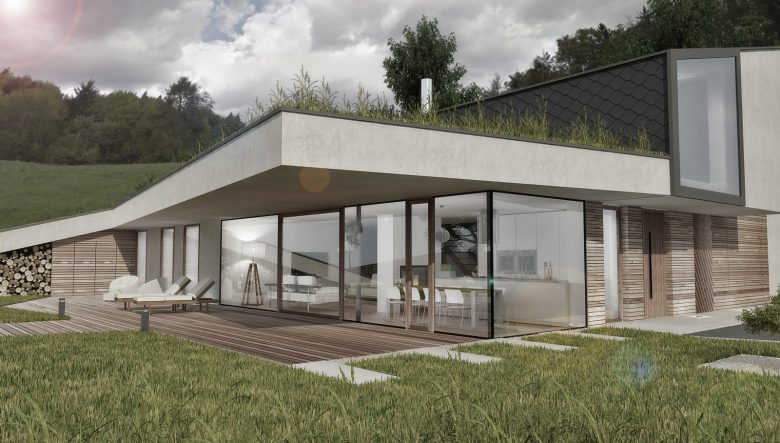 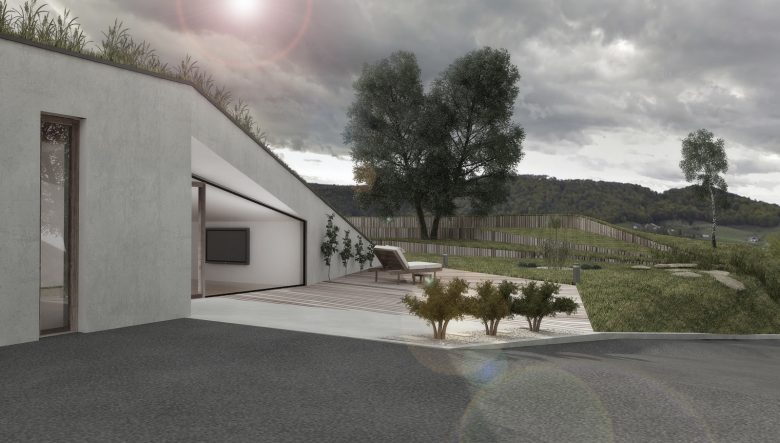 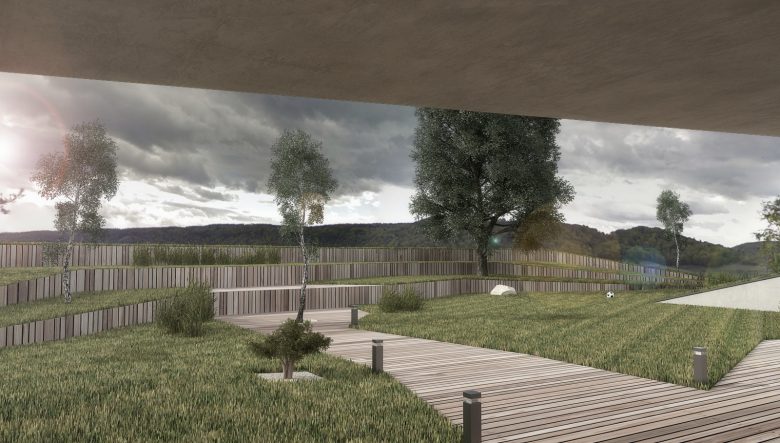 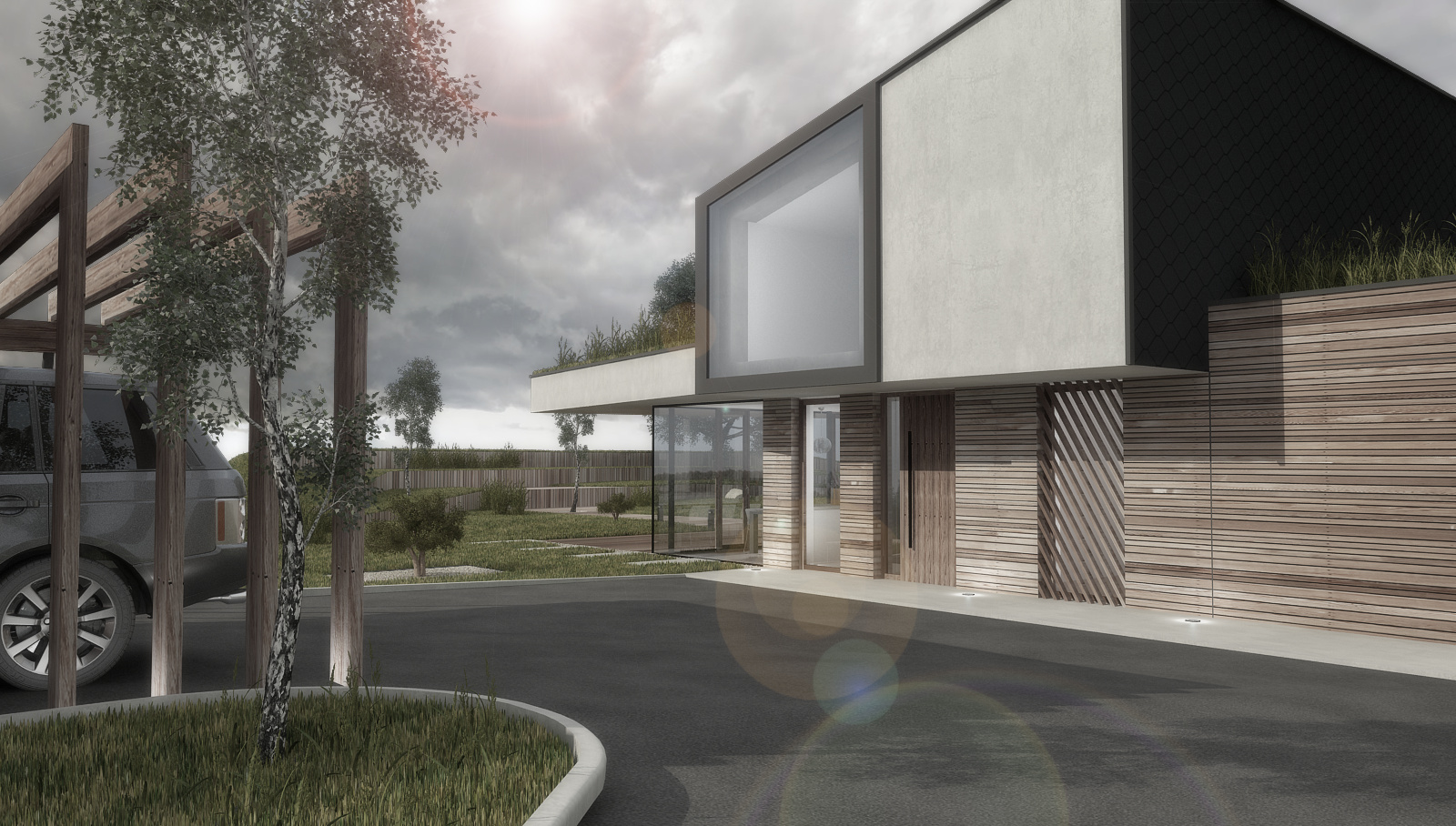 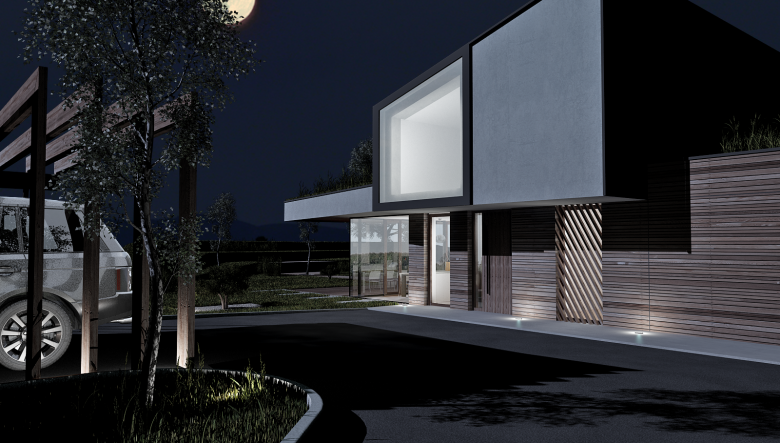 A large building plot measuring 1842 m2 has access to a public road and a pleasant position with a view to the valley. The house has two floors.

A complete renovation of the family house apartment.